Visitors are strongly encouraged to schedule appointments (either virtual or in-person). When on campus, all visitors must follow the College’s health-and-safety measures. Please note the outreach centers (NOC, SOC, CTTC) will have variable hours - please call ahead prior to visiting these locations. With the clock winding down, Brown went to his left and drove the middle of the lane. Finding traffic in the lane, he pulled up and drained the game-winning shot.

"We tried to run the same play out of our regular offensive set at the end of regulation and D'Monte missed the shot after a nice power move," said GC head coach Dennis Gibson. "We ran it again at the end of overtime and he just hit a clutch shot."

Brown (9 rebounds, 4 steals) scored a game-high 24 points and Malik Whitaker (game-high 11 rebounds) added 22 for the Lakers, who erased a 15-point deficit to reach the Final Four for the first time in program history. Davis Molloy chipped in 10 points and Cam Selders contributed 9 points and 8 assists for GC. The Lakers, who have relied all season on a high-powered offense, won despite shooting a frigid 33 percent from the field, including 8-of-37 from the 3-point stripe. Meanwhile, Ancilla reserve Keith Rupert (13 points) drained a trio of 3-pointers to help the Chargers build their 15-point lead as GC struggled to find its offensive rhythm. "Number 11 [Rupert] gave them a big lift and we shot as bad as we could shoot it," said Gibson. "We're a shooting team, and if we're not making shots. . . ."

Gibson said the Lakers rallied from the sizable deficit by changing their offensive strategy.

"We decided to drive the ball in the first half when we got behind and we got some of their guys in foul trouble," said Gibson. "This team just finds a way to win."

Gibson said the win – which guaranteed the Lakers their best national tournament finish in school history – "was tremendous."

"They were No. 1 for two weeks and undefeated until they lost in their regional," Gibson said of Ancilla. "They were super-quick and really tough to defend. Someone just always seems to spark us. Malik [Whitaker] and Cam [Selders] just kept making plays defensively. Cam and Malik were also able to draw fouls and score late in the shot clock."

"They just gave us a big boost," Gibson said of the pair. "Dalton was all over the floor making hustle plays." 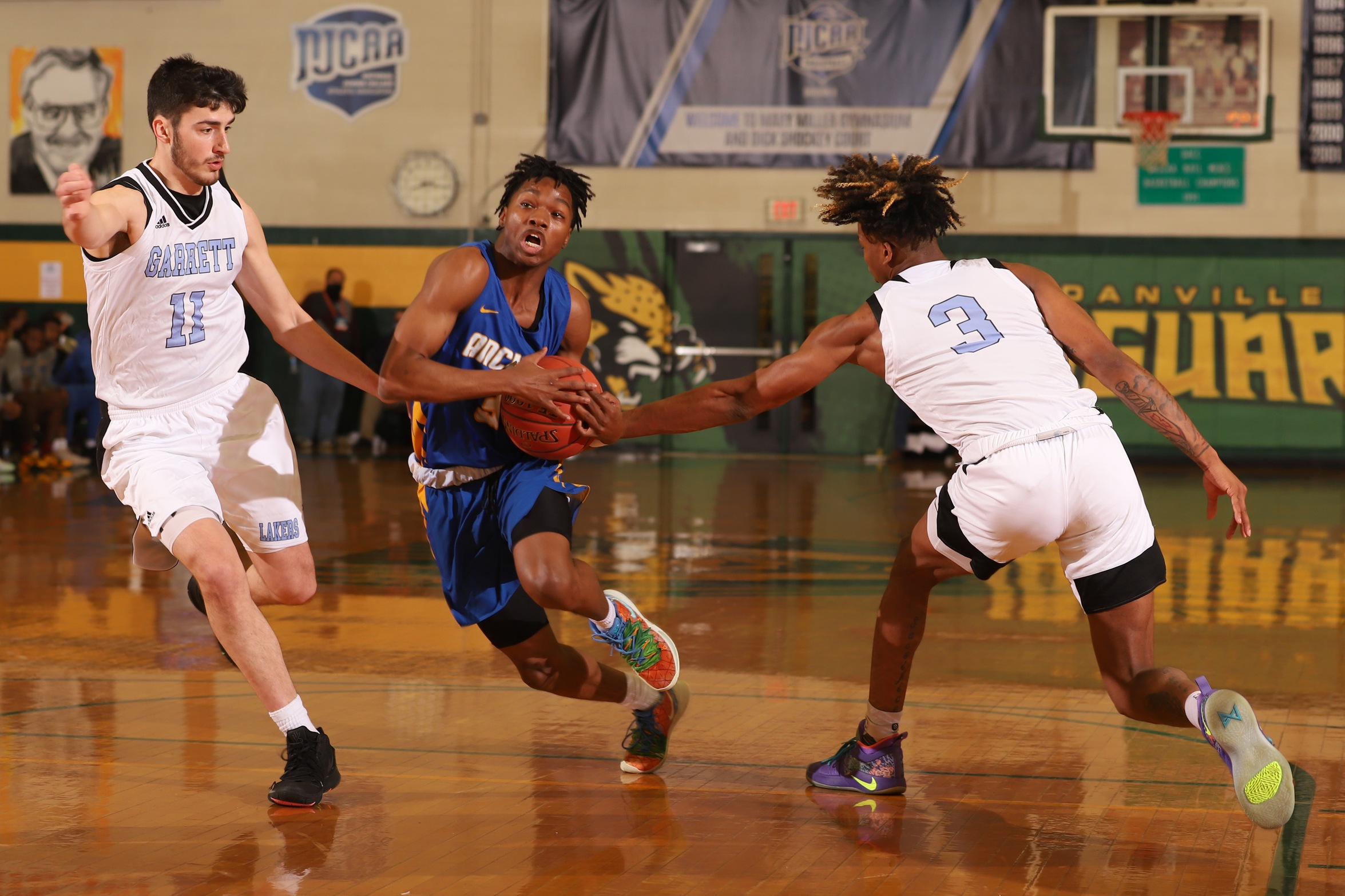 While total rebounds was nearly equal – 54-53 in Ancilla's favor – the Lakers finished with a 21-12 advantage in second-chance points.

GC has little time to prepare for Davidson-Davie as teams are now playing on consecutive days in the national tournament.

"They've got really good size and they like to run," Gibson said of the top-seeded Storm. "They're one of those typical North Carolina teams. They really push the ball and they're really athletic. They're the No. 1 seed for a reason."

The most up-to-date information on Garrett College's response to the novel coronavirus (COVID-19), can be found online at https://www.garrettcollege.edu/corona-virus.php.