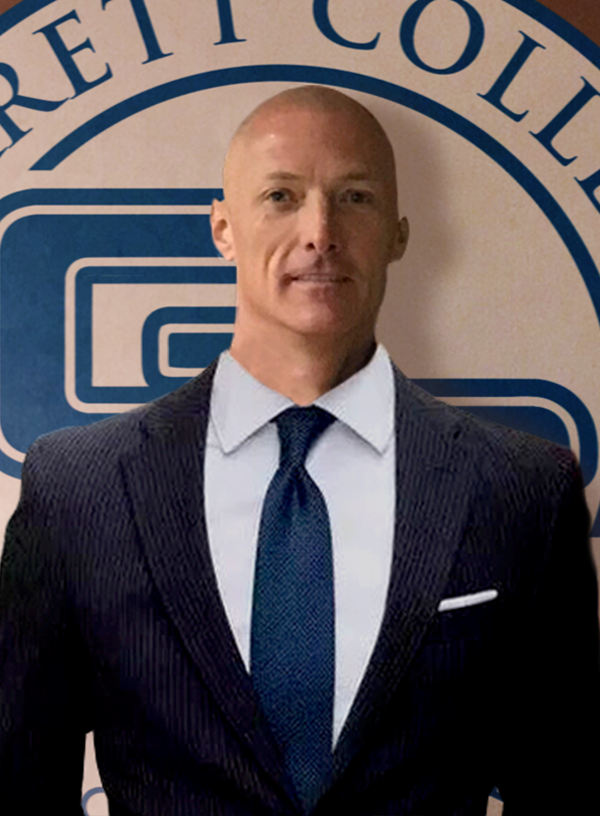 Dean Kerns, who became the permanent dean of student affairs in 2018, is committed to a continued expansion of support services for Garrett College students.

"Our Students in Need Group (SING) does an excellent job," said Dean Kerns, pointing to the student food pantry as an example of the volunteer group's positive impact. "I'd like to expand the work this group performs in order to provide more services to those students in need of additional resources."

Dean Kerns earned a bachelor's degree in economics from University of Louisville, where he attended on a full athletic scholarship to play soccer for the NCAA Division I Cardinals. He is currently working with the GC Athletic Department, which resides in the Student Affairs Division, to expand intercollegiate athletic offerings.

"Garrett College has a rich tradition in intercollegiate athletics," observed Dean Kerns. "We're perfectly positioned to attract student athletes with an excellent faculty and staff, as well as being one of only two community colleges in Maryland with on-campus residence facilities."

Dean Kerns is helping to spearhead a GC effort to acquire funding for a baseball/softball/soccer turf field, which he believes "would be a game-changer" for athletics.

"A turf field would allow us to offer women's and men's soccer, upgrade baseball and softball facilities, and host a wide variety of youth sports," said Dean Kerns.

Dean Kerns and his wife, Whitney, who practices law in Morgantown, reside in Morgantown with daughter Elle, 8, and son Kellan, 2. In his spare time, Dean Kerns said he enjoys "playing tennis with my daughter and watching cartoons with my son."