Get Involved in Campus Life

Opportunities await for you to make the most out of your college experience by gaining leadership skills, forming lifelong friendships, and making a real impact on our campus and the surrounding community.

Choose to run for office in student government and become involved in making decisions that affect student life at Garrett College. Represent the college during different activities and events throughout the year by becoming a student ambassador. Join the wildlife club and discover our area’s natural wonders and environment. The possibilities are endless for you to make a difference!

Interested in joining a club or organization, or want to start your own? Contact Brandon Jackson, Student Activities Manager at Garrett College, for more information.

Students with an interest in science, technology, engineering and math (STEM) and STEM-related activities are encouraged to consider joining Project Kraken, Garrett College’s robotics team. Project Kraken consistently places among the leaders in MATE ROV competitions against both two- and four-year colleges and universities from across the globe.

Project Kraken in the News

The MATE competition challenges K-12, community college, and university students from all over the world to design and build ROVs to tackle missions modeled after scenarios from the ocean workplace. The competition's class structure of beginner, intermediate, and advanced complements the education pipeline by providing students with the opportunity to build upon their skills – and the application of those skills – as they engineer increasingly more complex ROVs for increasingly more complex mission tasks.

The MATE competition requires students to think of themselves as “entrepreneurs” and transform their teams into companies that manufacture, market, and sell “products.” In addition to engineering their ROVs, the students are required to prepare technical reports, poster displays, and engineering presentations that are delivered to working professionals who serve as competition judges.

"These competitions prepare the team members for life in a real Engineering firm," explained Phil Malone, team mentor for Project Kraken. "They are presented with a difficult technical challenge with not enough time, money, or manpower to solve easily. The teams are not only judged on how well their final product performs, but also on how well they can describe their solution verbally and in a technical report. It is a great accomplishment for them to have done so well."

Project Kraken would also like to thank the support received from Garrett College, Gears, Inc., Phenix Technologies, and all the people who contributed at the Chinese New Year’s party in support of the Garrett College Robotics Team. 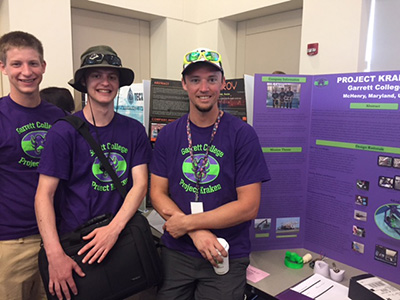 From left to right at the 16th annual MATE ROV Competition are Project Kraken team members from Garrett College: Scott Brenneman, Garrett Owens, and Dallas Brenneman, next to their display booth. 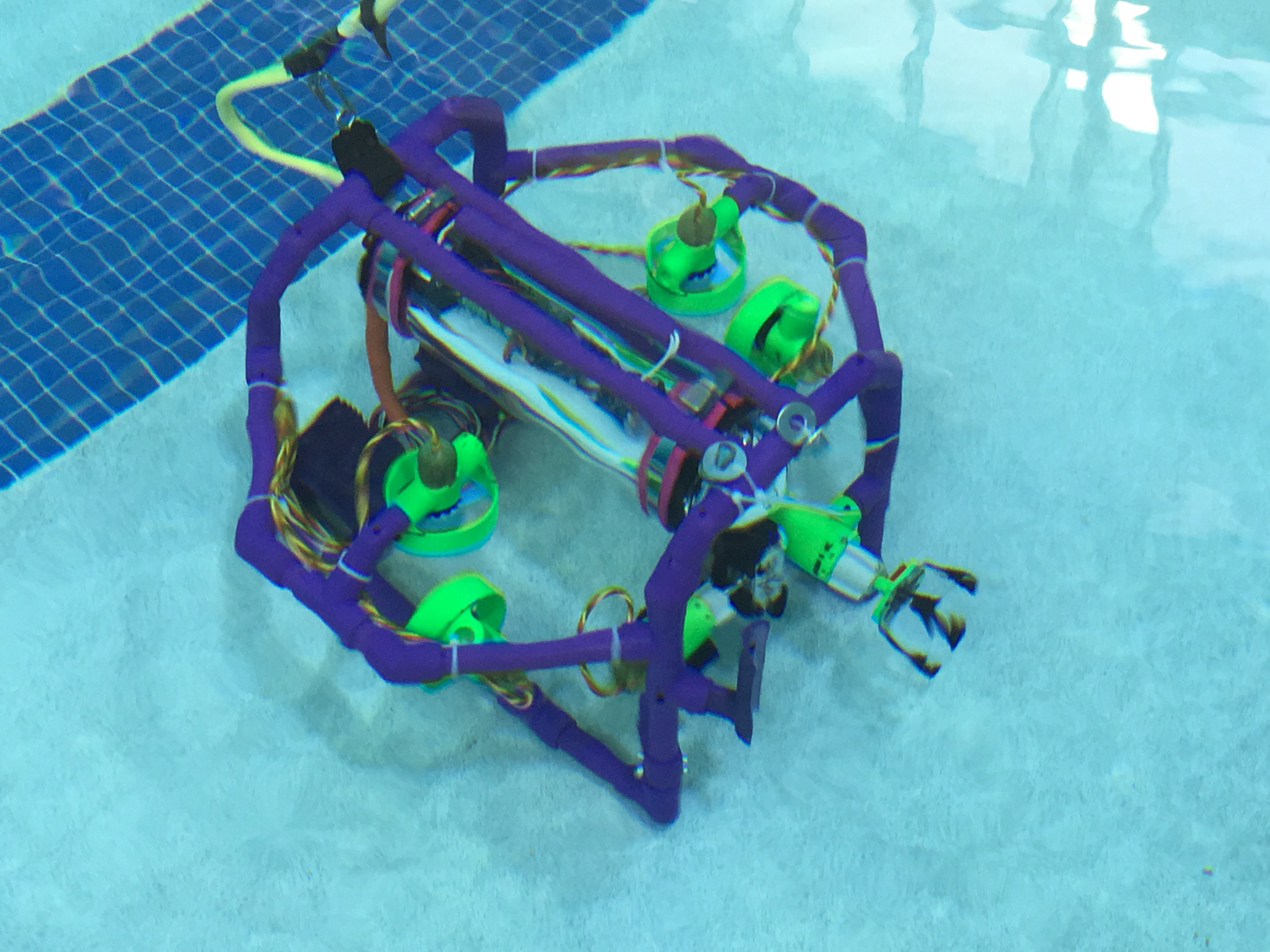 Pictured is the team’s ROV, for winning the Design Excellence Award, and the most-efficient ROV at the competition.

The Garrett College Student Government Association acts as a source of communication between the student body and the administration. SGA executive board members serve as advocates for all Garrett College students, working to ensure that the student voice is heard in all areas of college life including student life and academic affairs.

Student Government also provides resources for student clubs and organizations on campus. This includes assisting with the formation of new groups and allocating funds.

Executive Council Meetings - Sundays, 5 p.m.
Open Meetings are held once a month in LC-620A
All students are encouraged to attend SGA Open Meetings

Engage in our Community

Many opportunities are available for students who participate in service learning, civic engagement, or community service projects in the Garrett County and the surrounding area. Students who complete a combination of these hours are honored and recognized at commencement, as part of the Service-Learning and Community Engagement Program.

Through their service experiences, students develop new perspectives, build their skill set, and learn to give back to the community that supports them.