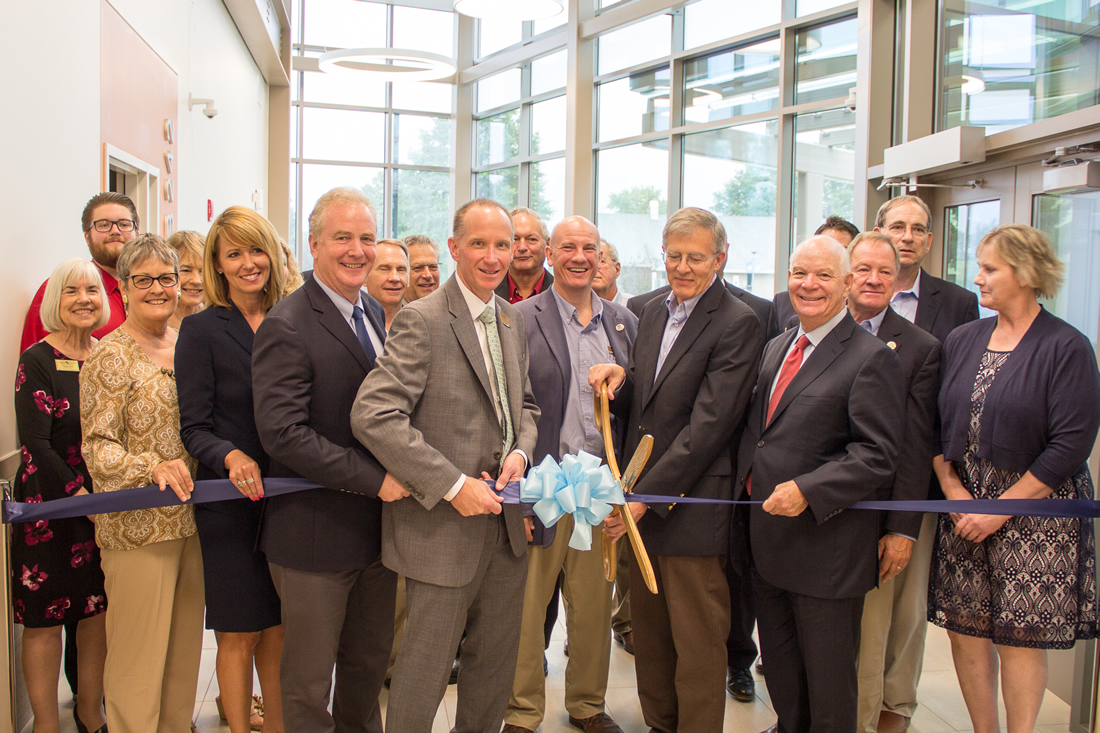 Garrett College officially opened its $8.526 million STEM Building before a packed house on Saturday morning. Don Morin, Chair of the Garrett College Board of Trustees, performs the ribbon-cutting surrounded by federal, state and local officials and members of Garrett College administration.

"Today is an exciting moment for Garrett College. The facility is an incredible asset to not only the state of Maryland, but the entire region as well," said U.S. Senator Ben Cardin (D-Md.) of the new facility. "Maryland understands the importance of STEM and Garrett College's facility plays a critical role in preparing students for careers and jobs in STEM-related fields."

Both senators lauded the nature of the project and cooperation among federal, state and local government leadership. 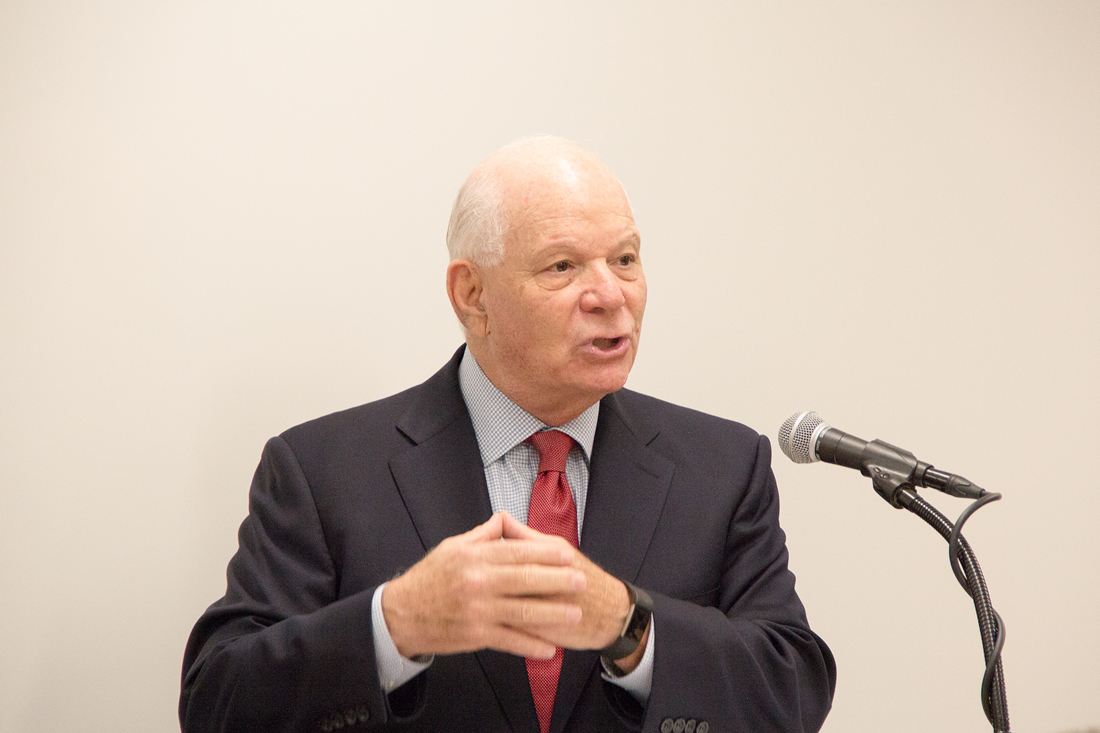 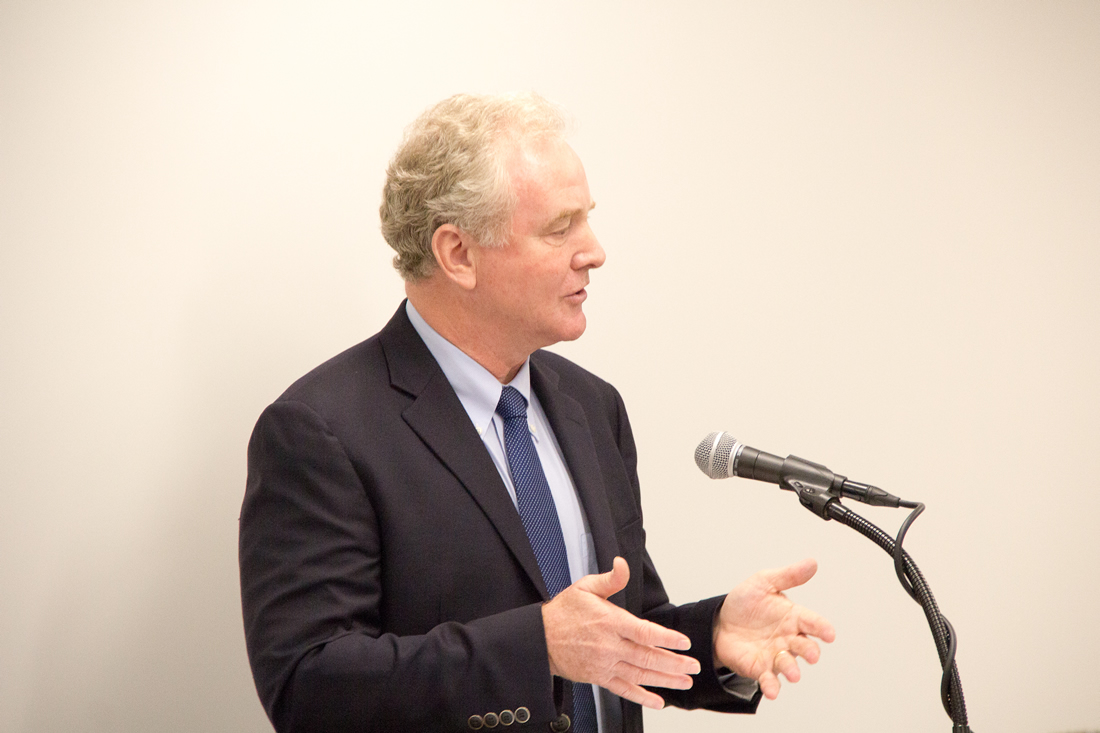 "Providing Garrett College students and the Garrett County community with the tools and resources to pursue aspirations and dreams was a top-notch priority," stated U.S. Senator Chris Van Hollen (D-Md.). "Garrett College has maintained a strong reputation for being a 'pioneer throughout the state', and this state-of-the-art facility equipped with modern technology is no exception."

The official grand opening ceremonies started in one of the facility's main classrooms. An overflow crowd was also able to view the ceremonies via streaming video in other STEM classrooms, and the ceremony was streamed over the internet.

A building ribbon-cutting was following by a ribbon-cutting ceremony acknowledging the more than a dozen donors whose contributions resulted in named spaces throughout the building. 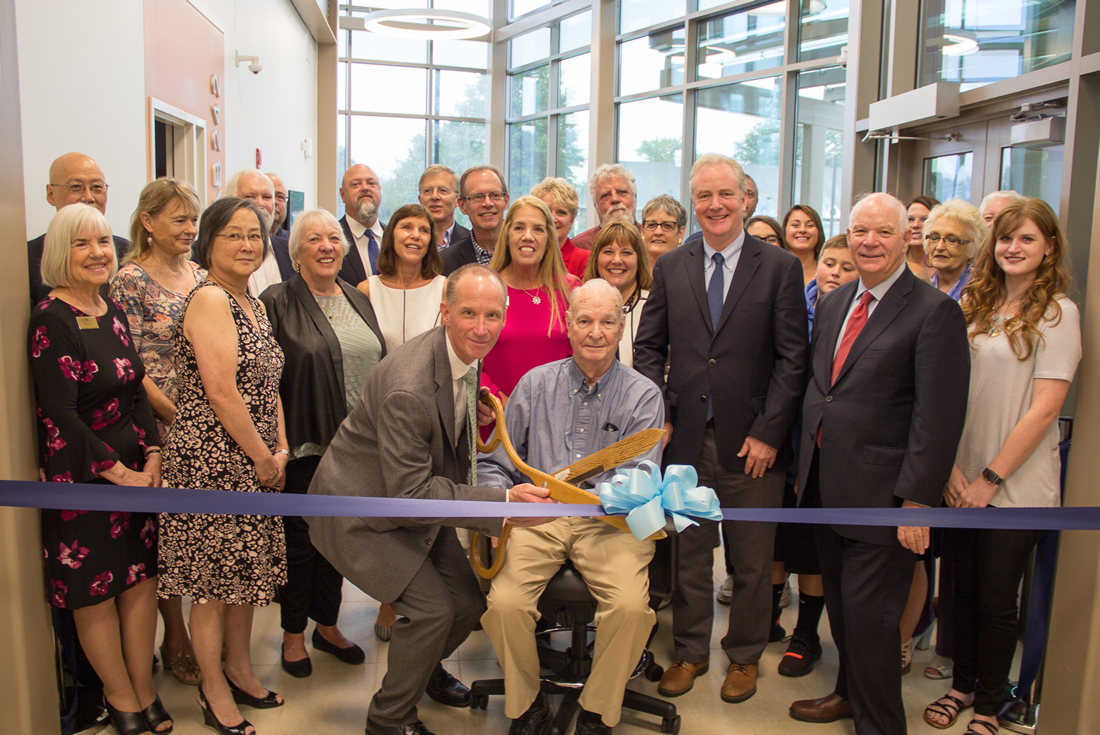 "The Campaign for Garrett: Realizing our Dream" – has already raised more than half of the $500,000 goal prior to Saturday’s official grand opening.

Those donors were part of the pre-launch phase of a STEM Fundraising Campaign with a goal of raising $500,000 for STEM scholarships and a STEM equipment fund. Nearly $300,000 has been raised for the campaign, which was only officially launched late last month.

Chairman Paul Edwards, speaking on behalf of the Garrett County Board of Commissioners, emphasized the need for focusing and investing in a STEM education, not only at the college level, but the pre-kindergarten through twelfth grade as well.

"Days like today do not happen without total team effort," observed Edwards. "It's amazing that this facility at Garrett College, the smallest college in the state, can provide incredible opportunities for our students, community, and our state to receive a top-notch STEM education."

"This is a prime example of all levels of government working together to bring this project to fruition," said Senator Edwards. "It's a great day for Garrett College, and we have outstanding faculty and staff to make this work."

Delegate Beitzel recapped the impressive growth and progression of the College and commended those for their dedication and involvement to the STEM facility.

"This facility was made possible due to the strong commitment of both the state and the county to STEM education," said Midcap. "Meanwhile, the generosity of our donors is helping to make STEM education accessible through scholarships while maintaining cutting-edge technology.

"Having a facility of this type will be transformative for STEM education in Western Maryland," added Midcap. 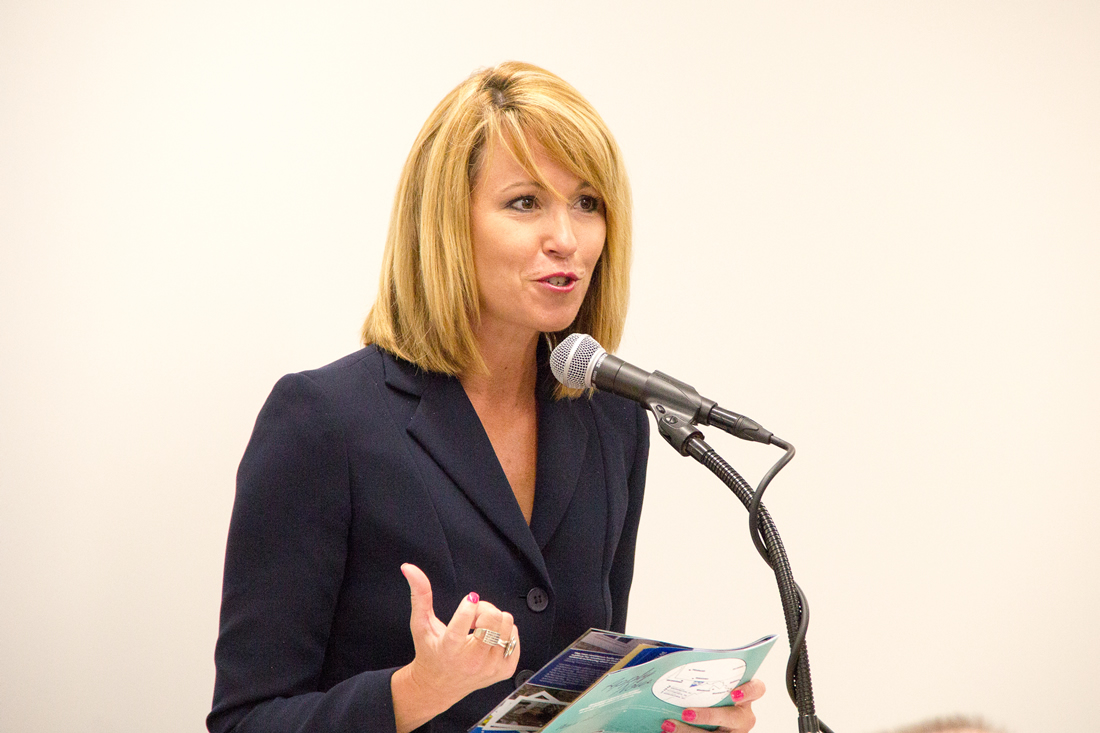 "STEM is our number one leading industry across the board" said Schulz. "There is nothing greater than our human resources, which represent a critical component in the development of future careers. Rural areas have to be dedicated to those needs to move forward with the future."

After the official ceremonies, those present were able to take self-guided tours and attend presentations by STEM faculty members. Among the highlights were demonstrations of the Anatomage 3-D virtual dissection table, in which Garrett College is the sole-proprietor in the state of Maryland, made possible in part by a matching grant from the Appalachian Regional Commission. Rocket launches and robotics activities were also a crowd favorite.

The college also hosted a free showing of Apollo 13, which featured STEM-related ingenuity that allowed the astronauts to return home safely after an on-board explosion.

Garrett College will be hosting a state FTC qualifier in January 2019. 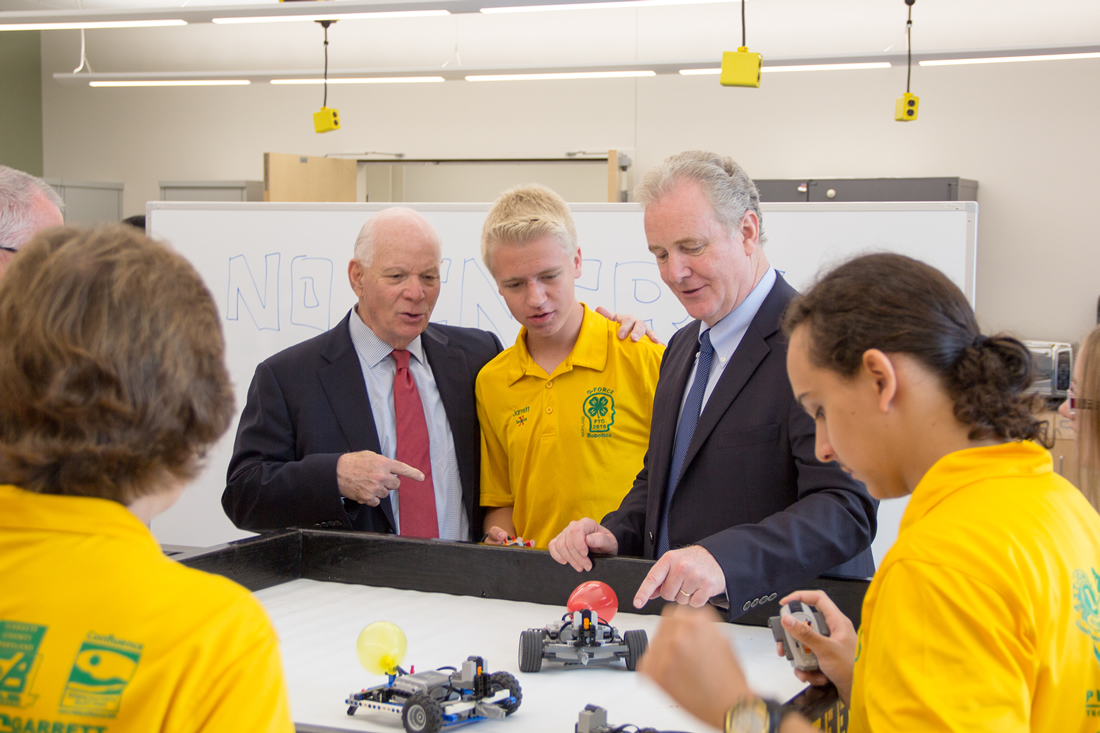 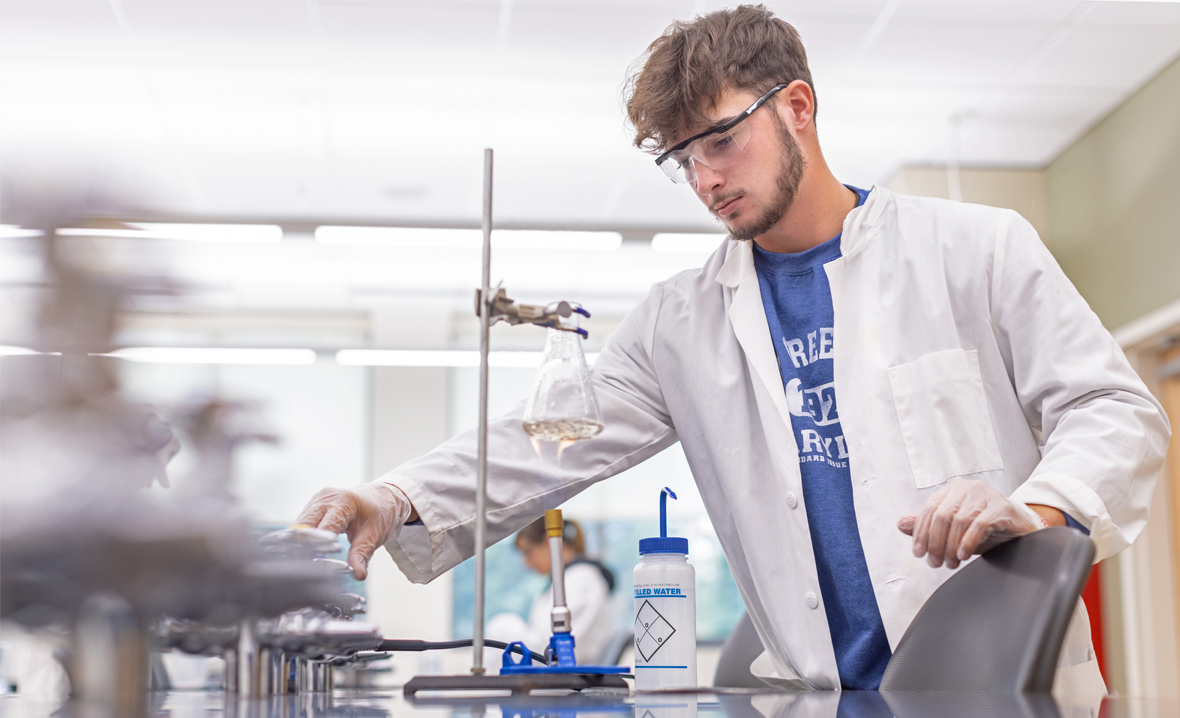 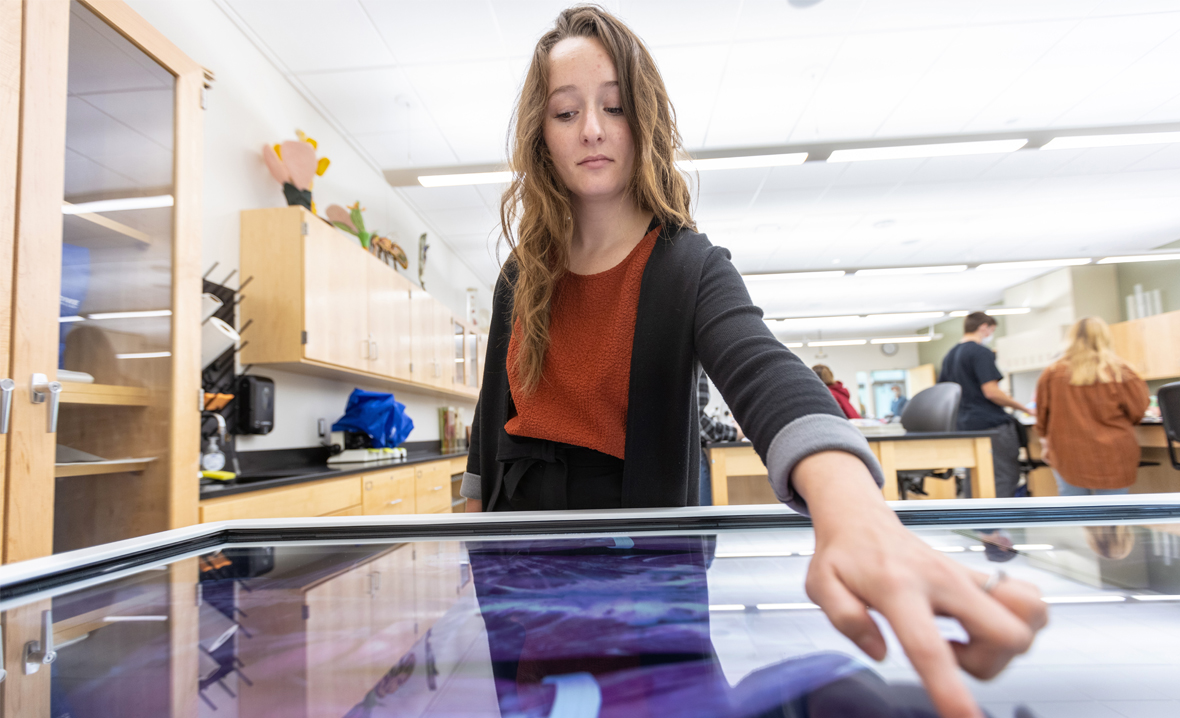 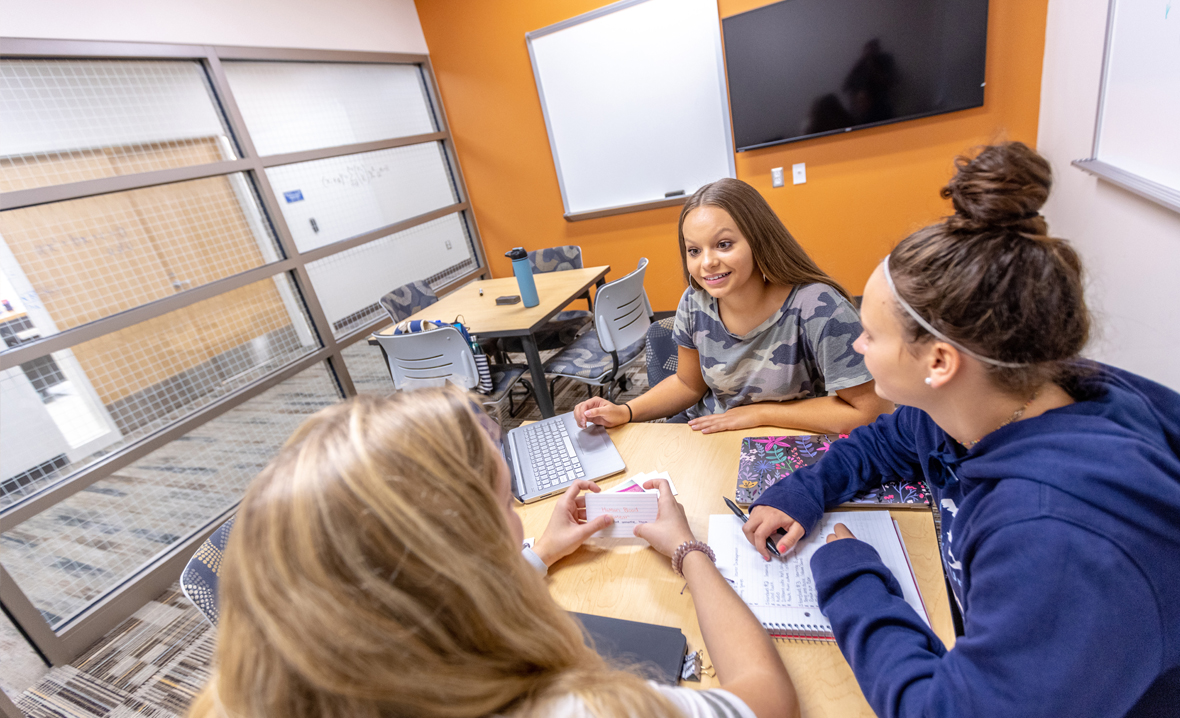 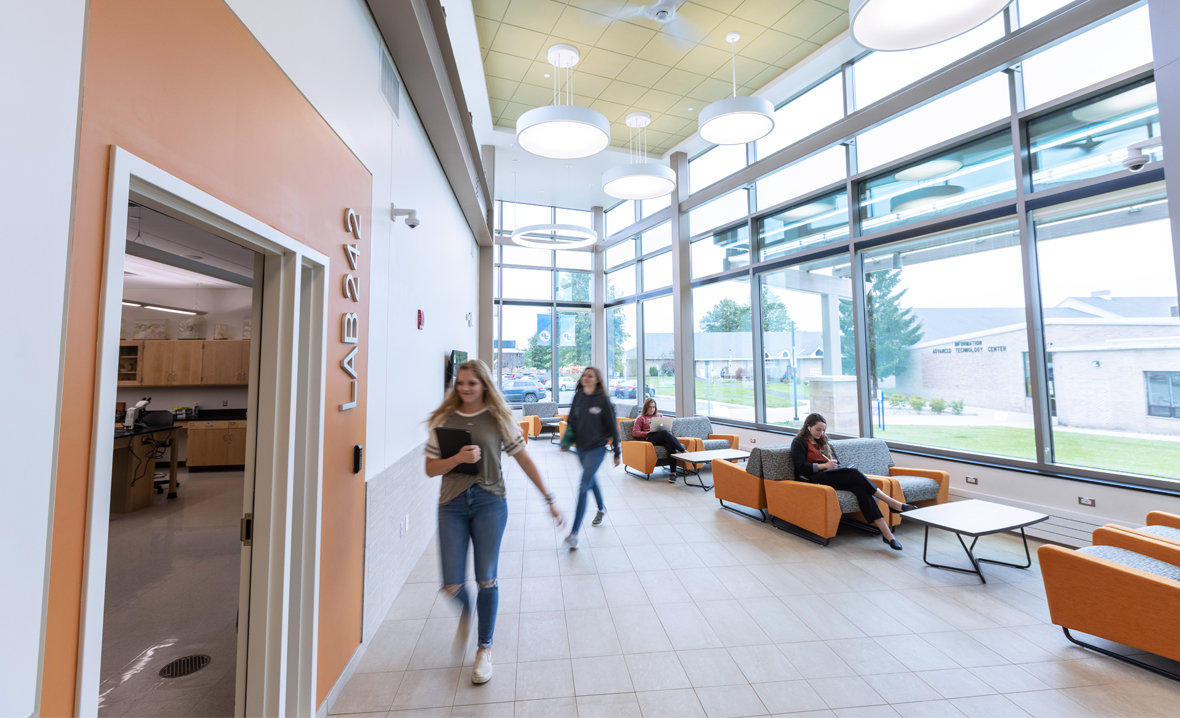 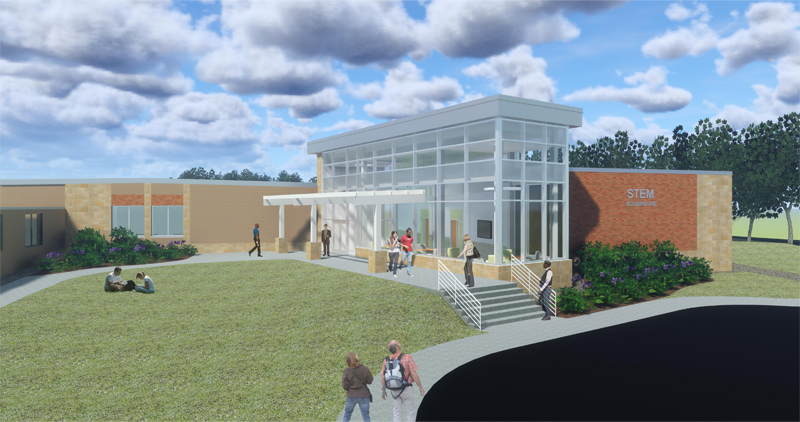 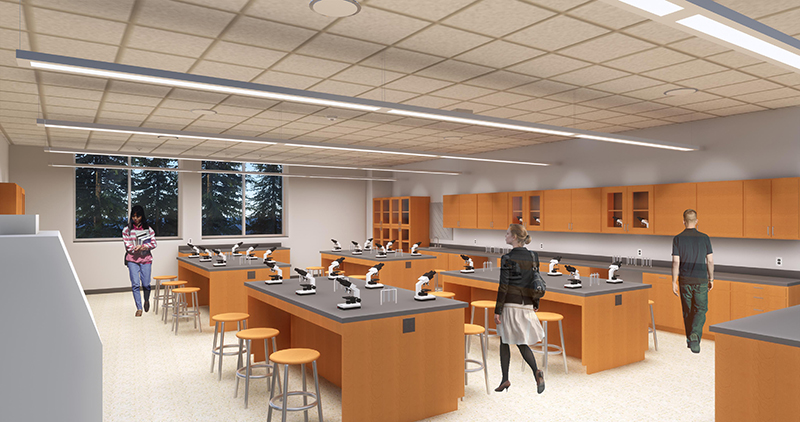 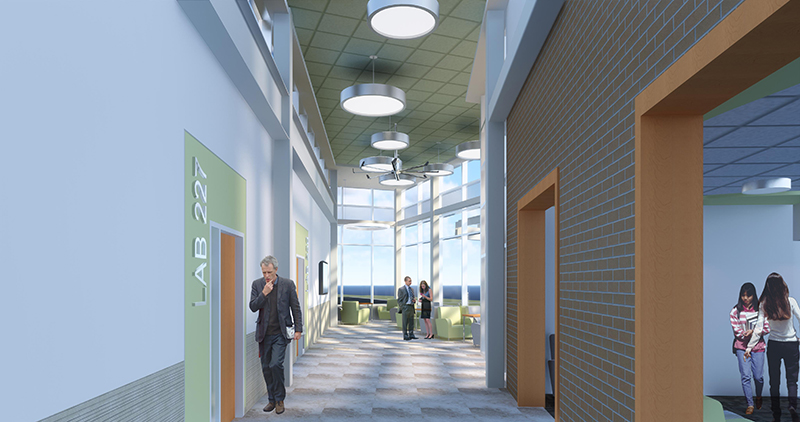 The STEM facility has been designed as a U.S. Green Building and will meet Silver qualifications for Leadership in Energy & Environmental Design (LEED). This state and locally sponsored project involves renovation of and an addition to the existing Continuing Education building (Building 200) on the McHenry campus. 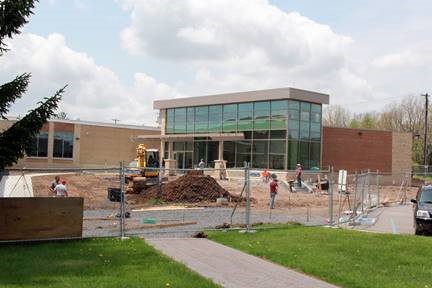 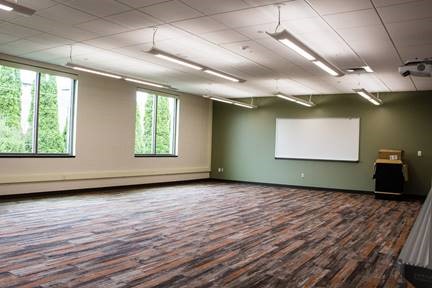 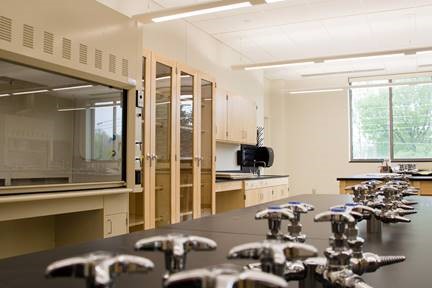 This new STEM Facility will attract students and faculty to Garrett College and help raise the level of science, technology, engineering and math skills of our region’s future workforce. The building will become the center for Biology, Chemistry, Earth Sciences, Electrical Engineering, Engineering, Math, Physics, and Robotics classes and labs as well as STEM faculty offices and student spaces. This center will facilitate Garrett College’s already high success rate for GC students who enter four-year institutions within the Math and Science areas.