Adventure Sports Management at Garrett College was a pioneer in the field of adventure studies. It has also served as a magnet for both national and international whitewater events.

GC was the first community college in the nation to offer both a two-year Associate of Applied Science (AAS) and a one-year certificate in Adventure Sports Management, launching its program in 1992. The College made a big splash – both literally and figuratively – by partnering with Allegany and Garrett counties in hosting the 1989 Whitewater World Championships and the 1992 U.S. Canoe and Kayak Whitewater Team Olympic Trials. Both events were held on the Savage River.

"Its uniqueness – there just weren't any other community colleges doing what we were doing – was a key factor, coupled with the location," said Logsdon, who became a full-time faculty member in 1978. "We had a four-season climate with the physical environment to support this kind of learning. Parents visiting with their kids would always say, 'I wish they have something like this when I was in school.'"

"I think the hands-on, experiential teaching and the number of certifications students can achieve are two of the reasons for our success," added Terry Peterson, an associate professor of adventure sports at GC. "The biggest selling point is the family-like atmosphere, working and studying with like-minded students." 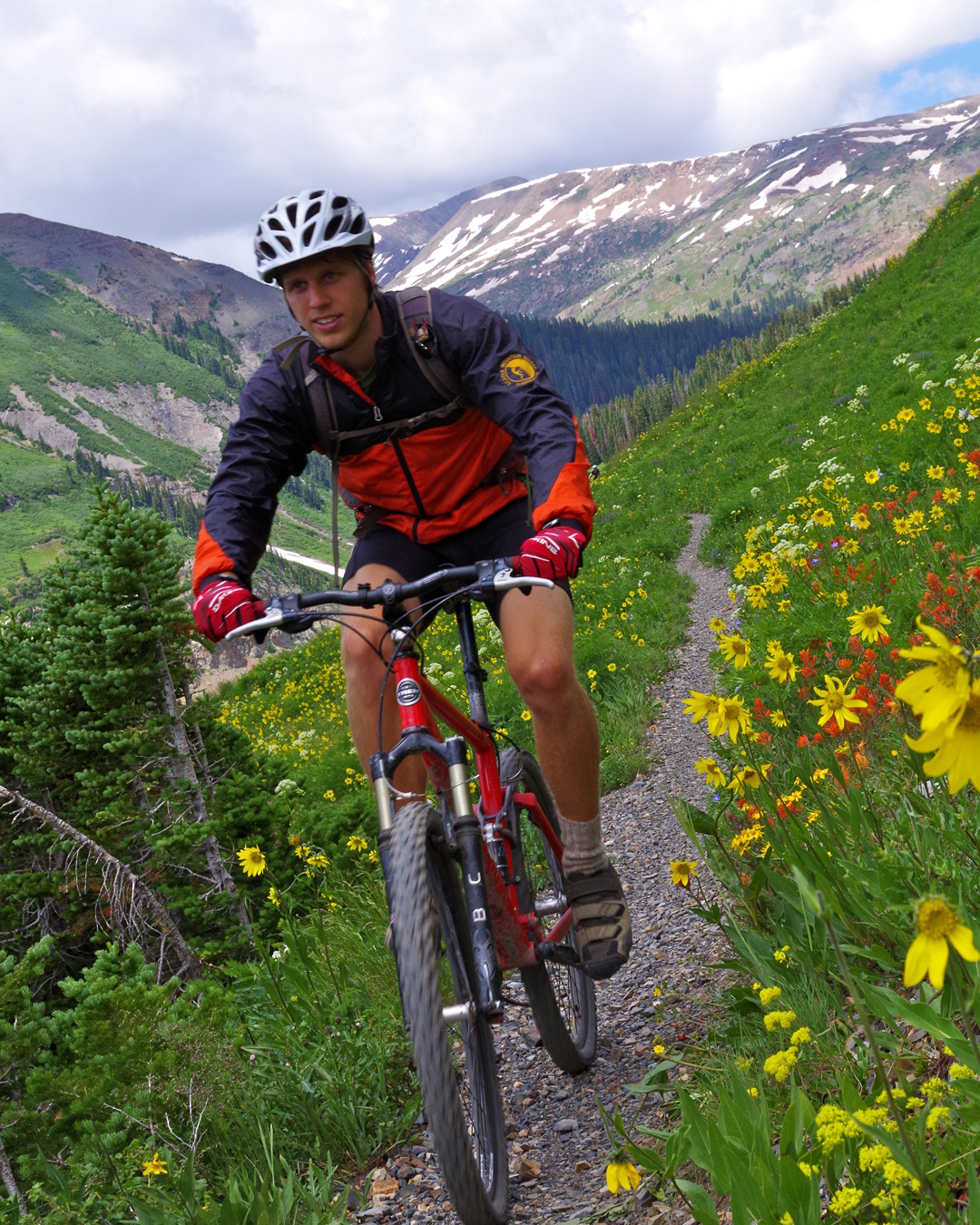 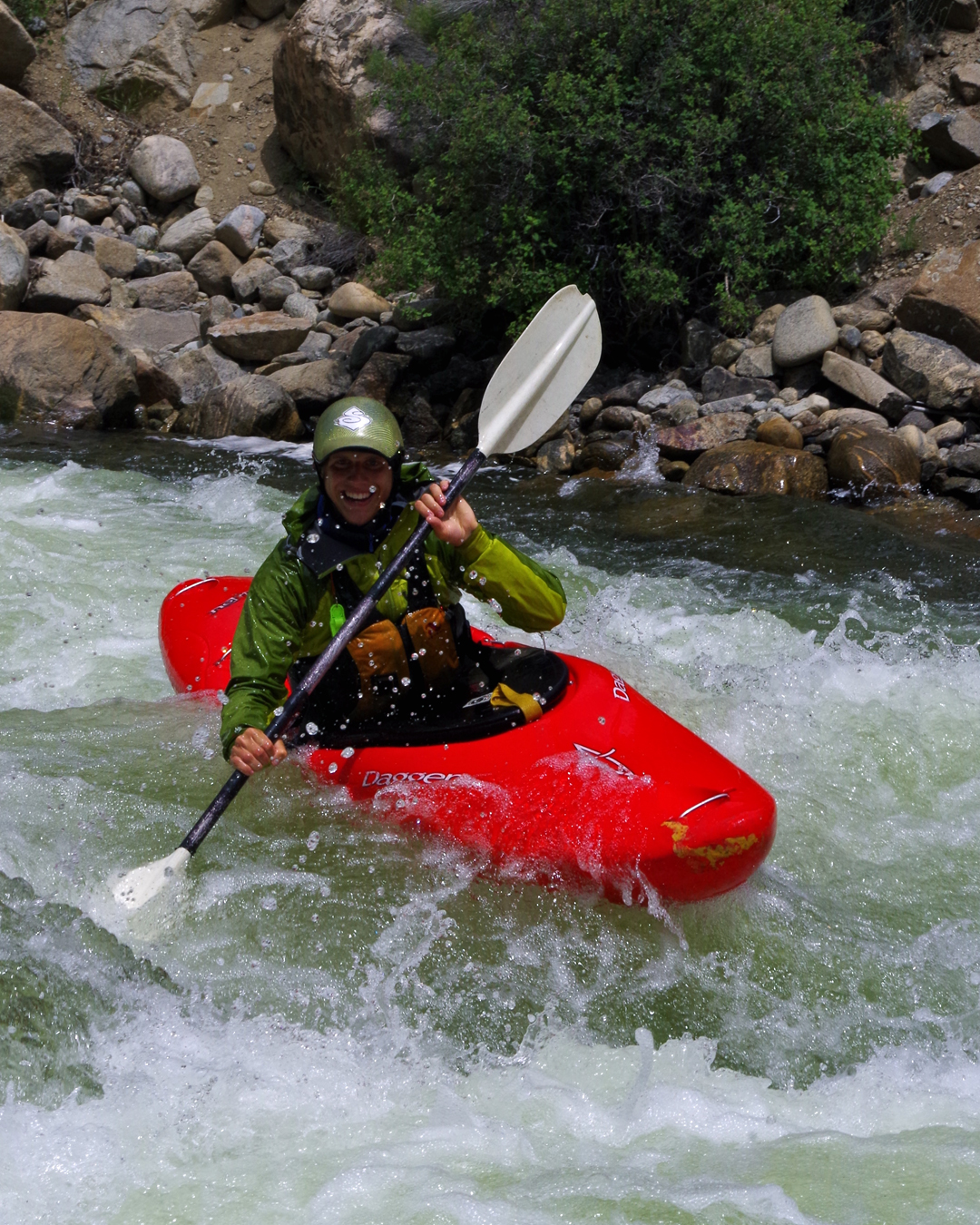 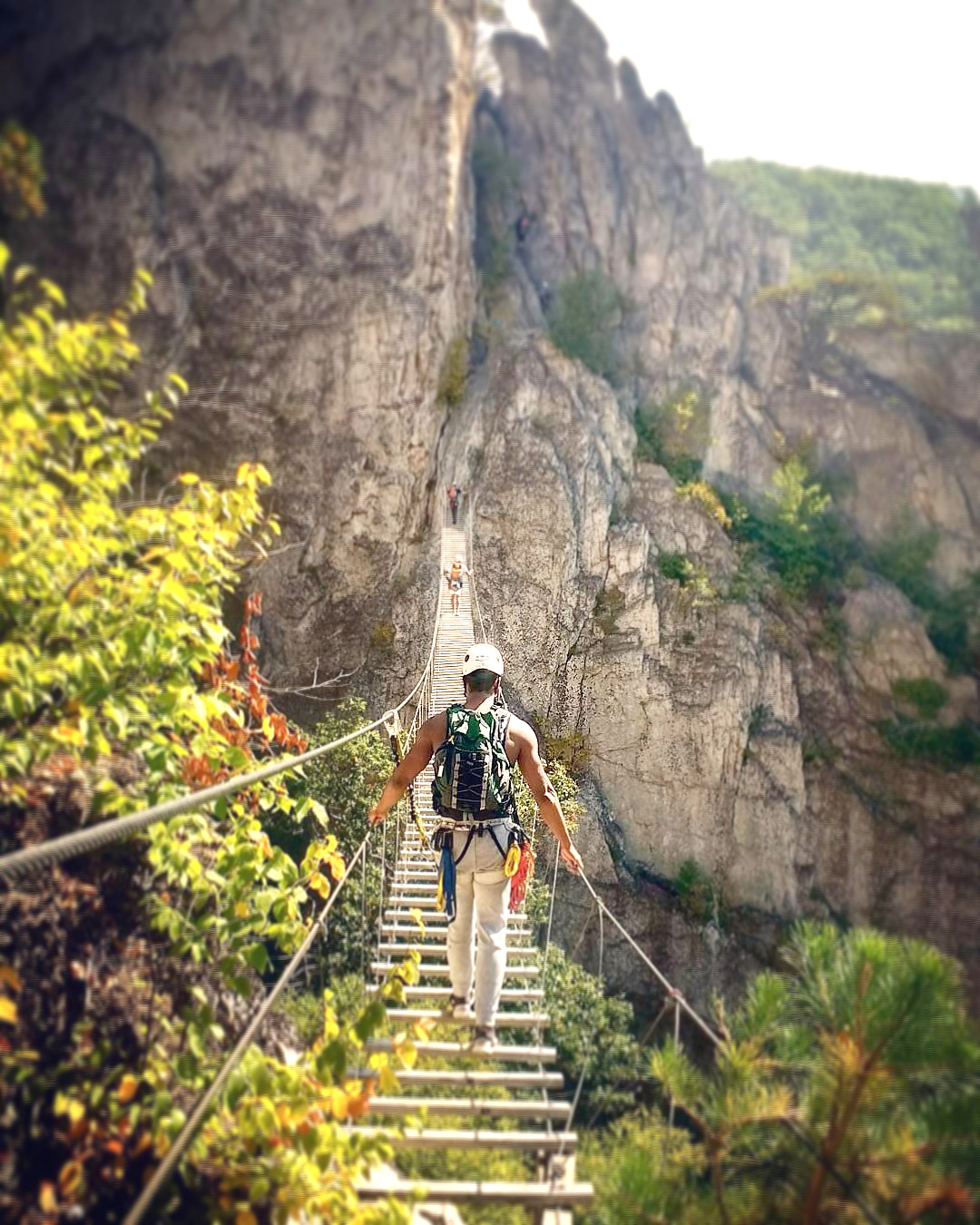 Logsdon said the creation of the Adventure Sports Institute to support related activities helped the program grow in the 1990s. He credited Don Storck, the first ASI executive director, with playing a lead role in raising the profile of adventure sports activities in that role.

"Don was also the organizing chair for the Olympic trials and worked to foster development of the adventure sports industry," said Logsdon, who became ASI's second executive director when Storck retired. Both Garrett College and the Adventure Sports Institute played supporting roles in the ICF Canoe Slalom World Championships that took place in Deep Creek in 2014.

"Mike Logsdon, Don Storck, and Terry Peterson were early leaders in the program's development on the academic side, and Don Storck was a leader on the economic development side," said former Garrett College President Steve Herman, noting the College's role in helping to launch the Adventure Sports Center on Marsh Mountain.

"We have the tools and human resources to take our students to the instructor level in two years and create entry-level management graduates," noted Peterson, who said the number of certifications students can earn is a major value. "I don't think there are any other two-year schools preparing students in this manner."

Peterson and Logsdon said the history of Adventure Sports Management at Garret College has been to set the standard and then continue to evolve to meet the future needs of its students. The latest evolution is the most dramatic, with a comprehensive redesign of the program. The program is being renamed Outdoor Leadership and Adventure Education, with an academic redesign emphasizing hands-on, mini-immersion experiences. 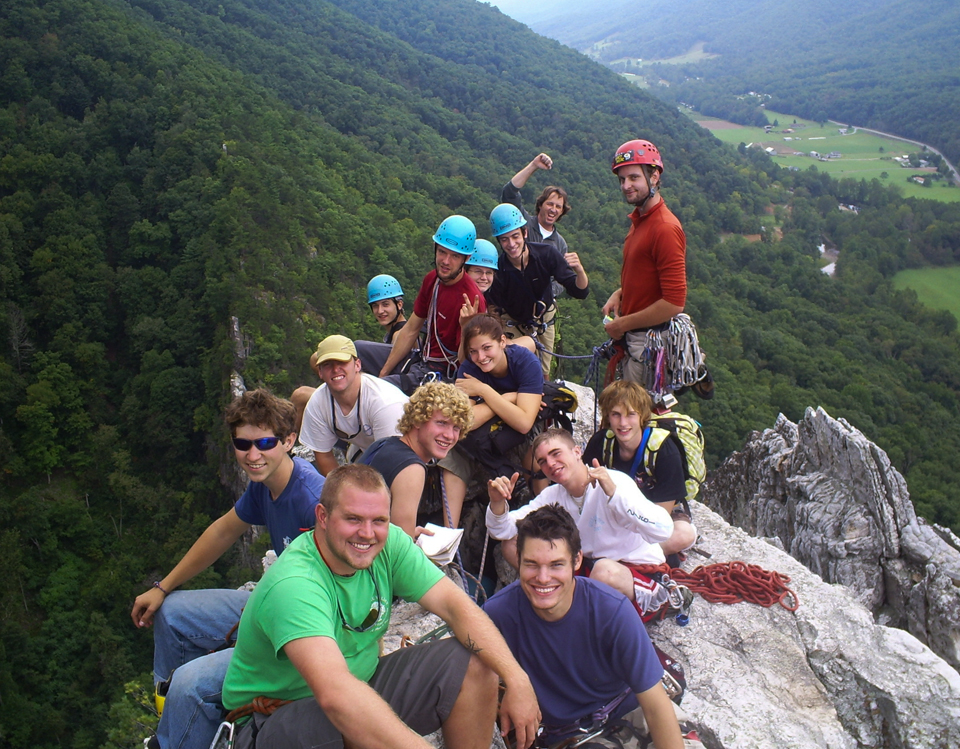 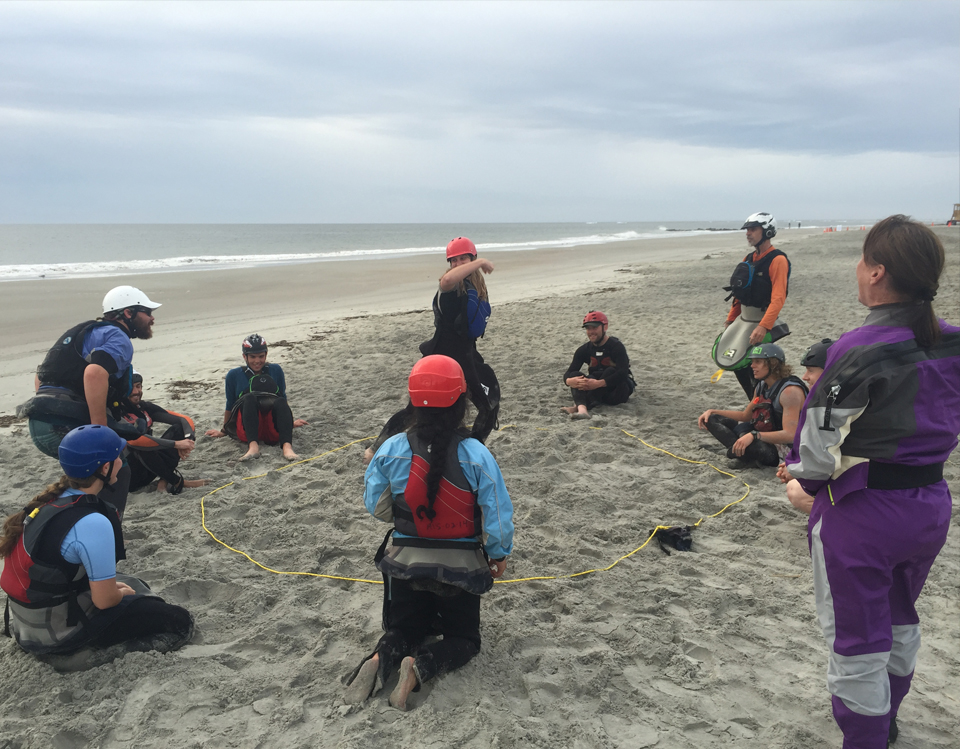 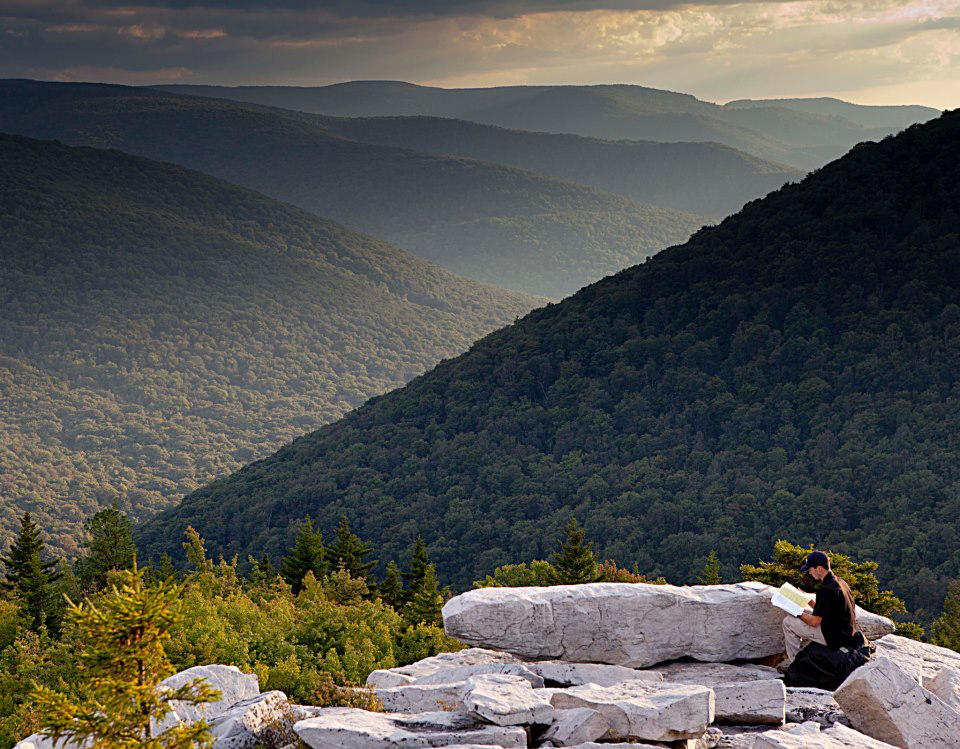 A key component of the redesign is a 6-credit course all first-year-students will take (OLA 110 – Foundations of Adventure Sports). The course combines the current Back-Country Living course with the current Leave No Trace Instructor course while adding an adventure sports sampler so that all students can "sample" introductory courses in biking, climbing and kayaking.

"OLA 110 provides students with the foundation needed to be successful in all of their other adventure skills courses," said Associate Dean Lucy Manley, interim director of the Adventure Sports Management program. "It also gives students a sense of belonging as they develop relationships within their cohort on two mini-expeditions.

"This course also allows students to try out a variety of adventure sports before committing to a particular track of either rock climbing or kayaking," added Manley, noting students who complete the course will also be certified as Leave No Trace Trainers.

"The sampler is going to have everyone experiencing all these things together," observed Peterson, noting this should further enhance the goal of a close-knit student cohort. "I really do think this is going to move the program to the next level."

Manley said the timing of the redesign allowed the College to consider the impact COVID has had on the outdoor recreation industry.

"This afforded us an opportunity to reflect on how COVID has changed the outdoor recreation industry, and how we should respond to those changes," said Manley.

Logsdon, who played such a pivotal role in the historical development of the program, praised the redesign.

"I think the shift we're seeing in the curriculum will keep GC on the cutting edge of the industry," he said.

The program will continue to be a Maryland Statewide Designated Program. That designation – which allows Garrett College to offer in-county tuition rates to students from all Maryland counties – is statewide recognition of the uniqueness of this GC program.

Peterson said the scheduling of full-day OLA theory courses will be another improvement built into the redesigned program.

"Something we've been wanting to do for years is have the theory courses be structured as daylong courses where we can take the students out to the field and apply the theory taught in the classroom," said Peterson.

Peterson said an increased emphasis on soft skills will also be of value to the students.